Technology as a research tool
by Gillian R. Hayes
January 25, 2017

In my last blog post, I introduced four areas of overlap for human-computer interaction and child development:

I went into a bit of detail on the idea of technology as a platform for intervention. So, in this second part, I will write about how we might use technology to study child development, and indeed how some of the best researchers in the world already are.

One of my favorite examples of the power of technologies to support research in ways that are often unexpected comes from Jacobs Research Fellow Candice Odgers. Candice has been studying the impact of the environment on child development for years. This is super time and resource intensive work. Teams of researchers go out to study environments in detail: How much graffiti is present? Are there nearby parks? Is the trash cleaned up or scattered about? They then compare these findings with established measures of childhood development outcomes, such as local resident surveys of disorder and safety, and parent and teacher assessments of children’s antisocial behavior, prosocial behavior, and body mass index.

This process is called systematic social observation (SSO), and it is really difficult. It normally requires numerous resources as outlined above. This is where the team that Candice leads has gotten very clever, however. They created a virtual SSO study using Google Street View. They could reliably capture the neighborhood conditions of families participating in the Environmental-Risk (E-Risk) Longitudinal Twin Study without ever leaving the lab, a huge improvement in the ease of conducting such a study. 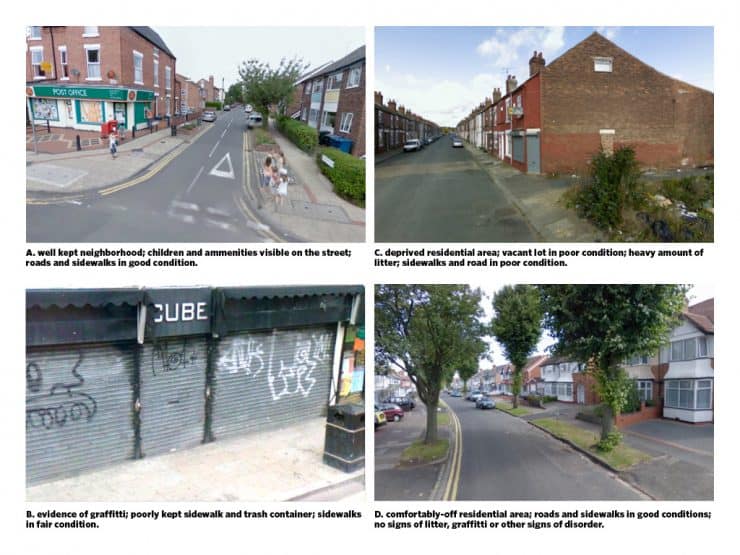 This kind of clever application of technology does not have to be limited to researchers alone, however. Groups like the Quantified Self Movement have long argued that we can discover much about our own health by studying ourselves, and in particular by applying numerical measures to self-reasoning. I’m a Fitbit wearer myself and regularly do studies where we collect data through fitbits, smartwatches, and other health tracking devices. I’m also not exactly a true believer and have written about some of the challenges to numeracy as a response to health elsewhere. Skepticism aside, we can and should see just how much we can learn—as consumers of these devices and producers of their data as well as researchers, educators, and clinicians.

Crowd data: a wealth of opportunity to discover a wide variety of phenomena

Reddit – a social news aggregation, web content rating, and discussion website – is filled with people thinking through their health and wellbeing collectively and using health data. Some of these moments have pretty amusing end results. In one such post—now archived—a man is trying to determine why his wife’s fitbit is showing high heart rate readings. His initial post is a call for the community to help him debug the device, which he thinks may be malfunctioning. Several responses in, another user asks if she has been stressed or is perhaps pregnant, both possible underlying reasons for developing a high heart rate.

Hundreds of comments and posts later, the original poster has declared his wife is indeed pregnant—her fitbit knew before either of them did—and the community has rallied around them offering congratulations and support. These kinds of discoveries can be unnerving: what does it mean when your sensors out you for being sick, well, or pregnant? The results of such disclosure can be benign or even beneficial (e.g., congratulations, gifts, and thoughtful support) but could also put you at risk, with responses as mild as targeted advertising to ones as problematic as employment discrimination or rising health insurance rates. Of course, these kinds of discoveries can also be exciting and show a wealth of opportunity for improved study of a wide variety of phenomena.

We are working on the latter in my lab now. As one example, we are using similar wearable trackers to try to understand why some kids recover quickly from concussions and others do not. There must be some underlying physiological phenomenon, but neurologists can’t predict it just yet. So, perhaps if we collect enough heart rate, sleep, skin temperature, and other physiological data from these sensors, we (or more accurately our algorithms) just might find a pattern that is clinical actionable. 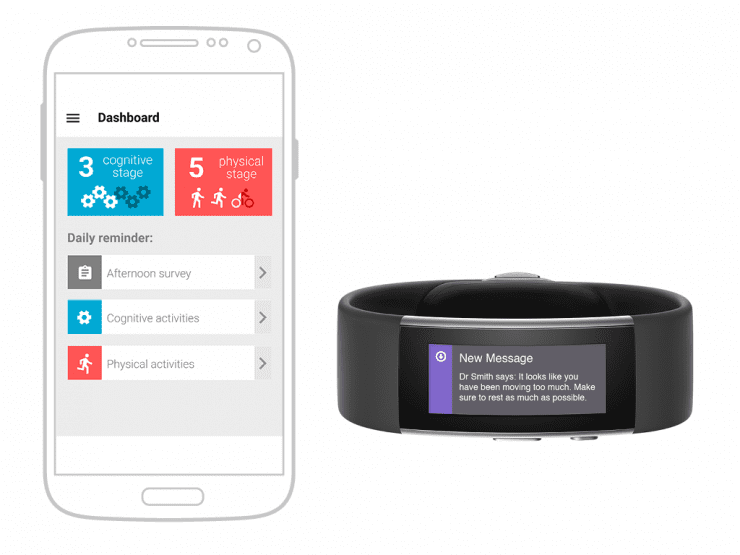 Our system, BrainTrack, currently being tested with children and young adults diagnosed with concussion, tracks their daily activities and physiology alongside self-report of their symptoms to support communication with clinicians as well as the collection of a big pile of data we will later mine for these patterns.

At the same time, kids can use these kinds of devices to explore their own health or to learn about scientific reasoning. After all, living a quantified self life is a kind of self-experimentation and continual hypothesis testing. Lee and colleagues used this emphasis (and a whole bunch of Fitbits) to try to teach kids about this kind of reasoning opportunistically throughout the school day. In this work, they used Fitbits in an elementary statistics classroom unit to let the students test their own hypothesis and make their own visualizations of their data. The kids compared preferences around recess activities to the physical exertion these activities required as well as the reliability of the Fitbit against a mobile app. They learned about themselves, and they learned a bit about statistics and visualization too.

“It is perhaps the empowerment of enabling and allowing everyone to be a part of the scientific process that makes many of these techniques so appealing.”

We can study childhood development in novel and potentially more efficient ways using new technologies. So can parents and children. We already know that children are a major part of the market for consumption of media, a topic I will cover in my next post, but it is perhaps the empowerment of enabling and allowing everyone to be a part of the scientific process that makes many of these techniques so appealing.