An intellectually stimulating environment is essential to allow intelligence to develop. Some children lack such an environment, while others may be harmed by parents‘ frantic efforts to provide enrichment, says cognitive scientist Elsbeth Stern.

Elsbeth Stern: No. But we need an environment that allows us to make the most of our talents.

ES: Yes, they do. But that doesn’t mean that the children are more intelligent. Training of this kind merely improves their test-taking skills. It’s pointless and even dangerous, in my view, to push children to achieve a higher IQ score.

ES: Because it can give them a distorted view of their capabilities. IQ test scores are just indicators of intelligence – and they can be manipulated. Exercises like those you mentioned don’t teach children to apply their intelligence. Intelligence can’t be viewed in isolation; it needs to be translated into competencies that can be used to perform a given task.

“Intelligence can’t be viewed in isolation; it needs to be translated into competencies that can be used to perform a given task.”

I think that it’s more important to provide preschool children with age-appropriate stimulation and support. That means talking to them and encouraging them to speak, allowing them to play with other children, and above all giving them attention and a sense of security. In extreme cases, when children lack this sort of loving, communicative environment – perhaps because of poverty or because the parents are dealing with multiple stressors and lack crucial resources – it is certainly a good idea to offer support. Otherwise, it’s not only unnecessary, but perhaps even harmful to get caught up in a frantic effort to provide early-childhood enrichment, as many people do.

EvA: So an appropriate environment and adequate stimulation play an important role in the development of a child’s intelligence. What does this mean for equality of opportunity?

ES: Most parents are able to provide the stimulation their children need during the first few years of life, so those children have the opportunity to make the most of their intelligence.

But the question is whether this can be translated into equal opportunities for all. In a multi-level school system, disadvantaged children are often left behind at a relatively young age. In Switzerland, for example, many parents from an academic background push their children to attend a Gymnasium, an academically-oriented secondary school, even if they lack the necessary intellectual capacity.

This selection process is a problem. In Switzerland, 20 percent of students attend a Gymnasium. Conservative estimates suggest, however, that approximately 30 percent of that number lack the necessary intelligence. Those children have an IQ of less than 112, which is not particularly high (two-thirds of the population has an IQ of between 85 and 115). And at the same time there are children of above-average intelligence who would do well at a Gymnasium but are not given the chance.

“There is a significant risk that people of average or below-average intelligence have found their way into high-level jobs that are beyond their capabilities.”

So some students with an IQ of 105 graduate with a university-entrance qualification, while others, with an IQ of 125, do not – because their intelligence was not recognized or encouraged. As a result, they aren’t able to study at a university, despite having the talent to do so.

ES: It’s not that simple. We only know about cases when people have been able to realize their potential and achieve success. We don’t have the empirical evidence we need. It is a problem for society, however, if the right people don’t end up in the right jobs.

EvA: Why is that?

ES: There is a significant risk that people of average or below-average intelligence have found their way into high-level jobs that are beyond their capabilities.

EvA: Switzerland is known for its high-quality dual educational system, which makes it relatively easy to transition from one level to another. Students can earn a technical high-school diploma while also completing an apprenticeship, then enroll in a technical college and perhaps eventually even a university.

ES: Yes, that’s true. But first of all, not many young people choose that path. And those who do lose several years of their lives, compared with taking the direct route. At the age of 30 or 35, they are where they would have been at 25 if they had had the opportunity to develop their intellectual potential starting at an earlier age. The indirect route also places a financial burden on society, since both apprenticeships and university studies have to be paid for.

EvA: How can this be changed?

ES: We need to recognize that intelligence is the most important commodity in today’s society. Teachers must be made more aware of these issues if schools are to succeed in recognizing and encouraging children’s intellectual potential. Germany’s IGLU study, an international study of reading at the primary school level, has shown that children who have an IQ of over 115 (which places them in the top 16 percent in terms of intelligence) but come from a disadvantaged background have only a 50 percent chance of attending a Gymnasium. Unfortunately, many of these children are much weaker readers than more advantaged children because they have not been given the same stimulation and practice in reading. When children are much better in math than reading, this may be an indication that their intelligence is not being fully utilized.

EvA: Can training help in such cases?

ES: Yes, since reading is a fundamental skill in our society. The gap in children’s reading skills should be as small as possible.

EvA: When is a large gap inevitable?

ES: Different children can learn different things when performing the same task. Good instruction is essential so that raw intelligence can be translated into knowledge. The quality of the tasks assigned to students is very important. If students’ capabilities are taken into account, they will achieve different levels of understanding. When the quality of instruction is high – particularly in what we refer to as STEM fields (Science, Technology, Engineering and Mathematics) – the gap tends to increase, since more intelligent children are able to build further on what they have already learned. But less intelligent children, too, benefit more when instruction is stimulating than when it is not. As long as everyone learns, we can accept a certain gap.

“It takes intelligence to take advantage of your options and find the path that will lead to satisfaction.”

EvA: To what extent are personality traits and intelligence correlated?

ES: In terms of the “Big Five” traits identified by personality psychologists, openness to experience is the only one that is somewhat correlated with intelligence. There are no significant correlations between intelligence and neuroticism, agreeableness, extraversion or conscientiousness.

Of course, intelligence needs to be applied in some substantive area. Even very intelligent people who want to become experts in challenging fields need to consider the costs of specialization in order to be successful. Some people, however, are intelligent but not necessarily performance-oriented. They may set different priorities for their lives, in most cases consciously.

Perhaps intelligent people are more likely to recognize that you can’t have everything in life. In other words: It takes intelligence to take advantage of your options and find the path that will lead to satisfaction.

Elsbeth Stern is a professor of psychology who conducts empirical research on teaching and learning at the Swiss Federal Institute of Technology in Zurich, Switzerland. She focuses on how people acquire knowledge and why they differ in their ability to do so.

The MINT Learning Center at the Swiss Federal Institute of Technology Zurich seeks to optimize in-school learning opportunities in the areas of mathematics, informatics, science and technology. 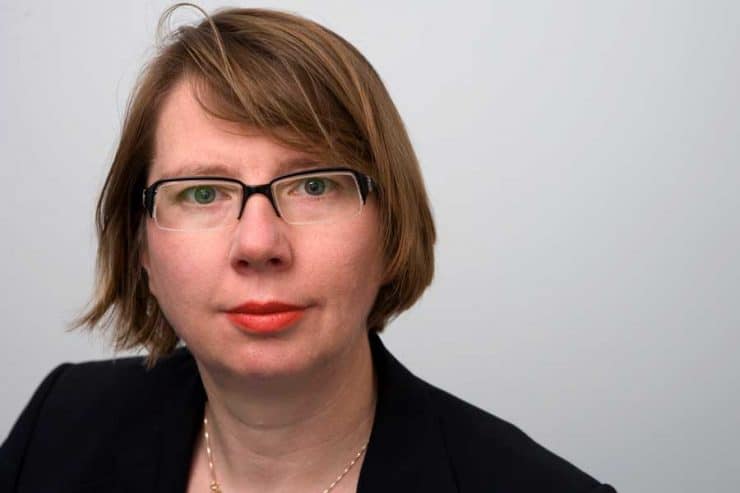