The connection between spatial intelligence and STEM

Psychologist Nora Newcombe talks about the importance of spatial thinking for STEM fields, and how it relates to episodic memory.

Meeri Kim: Much of your research has focused on the development of spatial thinking, which refers to our ability to encode and transform information about objects and their location. What is the relationship between spatial intelligence and STEM (Science, Technology, Engineering and Mathematics) fields?

Nora Newcombe:  There’s extensive evidence that spatial thinking is involved for fields like math and science. The link started with noticing how mathematicians and scientists think spatially, which progressed into studies that found correlation between spatial ability and success in STEM fields. However, those studies don’t show any real causal link or tell us why it happens.

More recently, we have findings from longitudinal studies that follow children over years, which does help a bit with causality. They show that high spatial ability early on as a child can predict later interest and success in STEM fields.

The bright and dark sides of knowledge

Solving a paradox of children’s memory

But what we’re now starting to do is get a better sense of what the mechanisms are, and why this link exists. For instance, science education involves a good amount of spatial representation. Students need to read diagrams, interpret graphs, or visualize molecules. It requires imagining distances — sometimes very large distances, like in astronomy, or very small distances for understanding nanotechnology.

This is something we’re starting to delve into, but it’s a complicated and detailed process because spatial thinking is not one thing, and neither is science. Algebra is not the same as calculus, and biology is very different from physics.

MK: How does spatial thinking play a part in mathematics?

NN: When learning math, one of the big things you have to understand is a sense of how numbers are ordered and the spacing between them. This is often assessed by having kids arrange numbers on a number line. The number line is a spatial entity and remains one of the mechanisms that links space to math early on.

“Children who play frequently with puzzles, blocks, and board games — in other words, spatial toys — tend to have better spatial reasoning ability.”

There’s also some dynamic spatial thinking involved, for instance, in thinking about 4 plus x equals 7. A term is missing there, and students have to keep the structure of that problem in mind and even visualize it in order to solve it. There were four objects, and now there are seven objects, so how many came into the picture?

MK: You recently conducted a study looking at the types of toys children play with and the influence on their spatial development. What were your findings?

NN:  We found that children who play frequently with puzzles, blocks, and board games — in other words, spatial toys — tend to have better spatial reasoning ability. We statistically controlled for gender, socioeconomic status, and general cognitive ability. Although the finding was correlational, we’re starting to think about the mechanisms behind this link.

MK:  Your results also showed that boys engaged in more spatial play than girls. What is known about gender differences in spatial cognition?

NN: Men are better than women at some spatial tasks — but only for certain kinds. It’s actually quite a mystery as to why they perform better at some and not others. While it’s tempting to get embedded in a “nature versus nurture” argument, there are a few reasons not to.

First off, the ability of these various spatial tasks is definitely not hard-wired. We know that our abilities can improve with practice, which is really important to remember. There are quite a lot of studies that show this, and the finding is very clear that spatial ability is not hard-wired. So from a practical point of view, it doesn’t really matter if women are weaker at certain spatial tasks because they can always improve.

“Spatial ability is not hard-wired.”

Another reason is that you need a targeted hypothesis to argue nature or nurture, which I feel like we don’t yet have on either side. We can’t say that boys are better because they play more with blocks. Why would that improve mental rotation — one of the spatial skills that does show a gender difference — but not mental folding or perspective taking? Those tasks seem to not show a gender difference. Nobody has delved into the fact that the pattern is not across the board for all skills.

MK:  For those spatial skills that do show a sex difference, like mental rotation, at what age does the disparity in performance typically arise?

NN:  We don’t quite know at what age we first see the gender difference. There are people who claim you can even see it in babies, others say you can’t really see it until four or five years old, and still others say seven or eight years old. That point is still being debated. But let’s put it this way — the difference definitely comes on before puberty.

MK:  I wanted to switch gears to talk about your work on a particular form of spatial thinking — navigation — and episodic memory. How are the two connected?

NN:  Navigation and episodic memory are correlated, which we showed in a recent study. But they’re also related in that they depend on the same neural structure, namely the hippocampus. They show similar patterns of development, and they’re related conceptually in that they both require you to associate one thing with another. For instance, if you get your new shoes on a hot summer day, you associate them with the weather. For wayfinding, landmarks are often associated with directions, like you turn left at the church.

MK:  When does episodic memory appear in children?

NN:  We don’t see it at all before the age of two — which is interesting because kids are still learning, but they’re not remembering any highly detailed, very specific memories. They’re learning that shoes go on your feet, that kind of thing. Then there’s a very steep developmental transition between two and six years old. Early on, you’re having very spotty memories. Eventually, they get more filled-in and frequent. By the time you’re six or so, they become more detailed and similar to adult memories.

We conducted a study called “Two Rooms, Two Representations?” that looked at that span between two and six years old. There were two rooms, each with four containers but arranged differently. One of the four containers had a toy inside. So the question we asked was basically, at which age could the children find the doll inside the wicker basket in the rainbow room? The dawn of that kind of episodic memory is at age two.

Nora S. Newcombe is Laura H. Carnell Professor of Psychology and James H. Glackin Distinguished Faculty Fellow at Temple University. Her research focuses on spatial cognition and development, and the development of episodic memory. She is currently Principal Investigator of the NSF-funded Spatial Intelligence and Learning Center (SILC). The purpose of the SILC is to develop the science of spatial learning and to use this knowledge to transform educational practice, supporting children and adults in acquiring the scientific, technical, engineering, and mathematical (STEM) skills required for effective participation in an increasingly high-technology society and global economy. 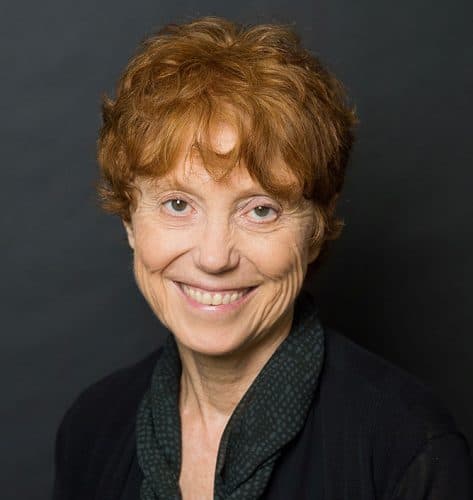